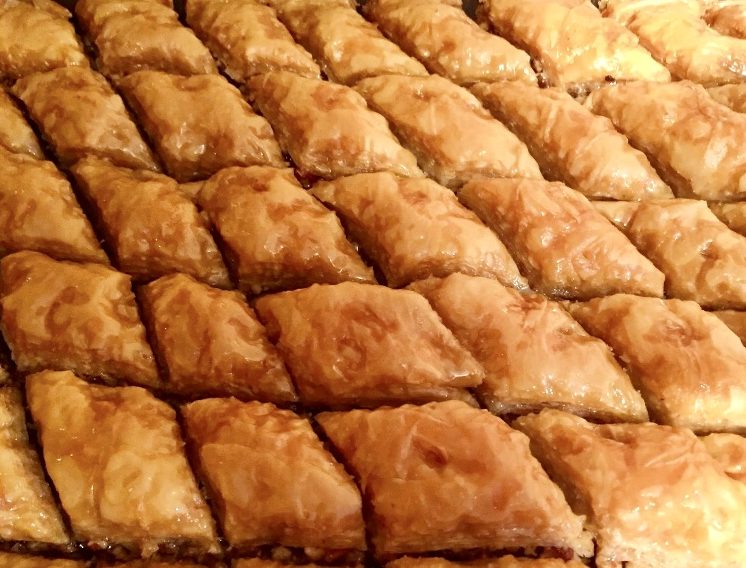 When I know I am going to freeze the baklava, I use extra honey-liquor because freezing dries it out a little.